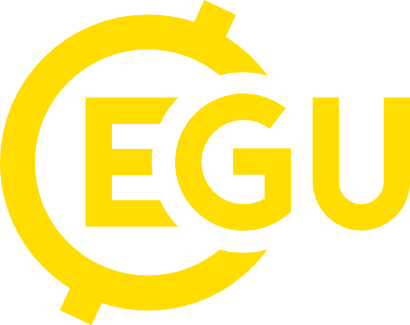 The city of Ourense

The old town of Ourense, and also the city’s centre of activity, is a labyrinth of streets and cobbled squares of immense beauty, where baroque and 19th century architecture coexist in restored traditional buildings. It houses a multitude of distinctive edifices, such as the Romanesque Cathedral with the singular and original polychrome “Portico do Paraíso”, the Town Hall, the Oca-Valladares stately home, the Municipal and Archaeological Museums and the churches and chapels of Santa María Nai, San Cosme and San Damián, Santa Eufemia do Norte and A Trindade. Its squares bring together a good part of the restaurants and cuisine on offer, as well as the night life. Traditional trades and handicrafts are also prominent in the streets.

Since its beginnings, Ourense has been famous for its hot water springs, which were greatly valued by the Romans who moved to the valley almost 2,000 years ago, named this city Aquis Auriensis due to the abundance of gold and hot water springs. Today it’s a reference for hot water springs in Europe, being one of the partners of the EHTTA (European Historical Thermal Towns Association) with a volume of over 4 million litres of medicinal mineral water flowing daily and a thousand year old hydrotherapeutic tradition.

The Romans’ interest in hydrotherapy is documented in the Archaeological Museum and in the excavations carried out in the surroundings of As Burgas, the historical centre of the city. In Ourense there are more than 100 hot springs of great quality with respect to their medicinal and mineral properties and high temperatures.

The oldest and best known is the monumental “As Burgas” spa, with water at temperatures of 67ºC. Its silhouette, of 3 neoclassical water spouts, is the symbol of the city that now coexists with a modern hot water spa equipped with a 200 square metre outdoor pool, sauna and terrace.

The point of reference for spas in Ourense is the pool of As Burgas, in the centre of the old town, a feature that is complemented by the natural layout alongside the river Miño, where there are 3 free public bathing areas, as well as 2 private hot baths (map).

Eating and drinking in Ourense

Delight your palate. Ourense brings together the best of the essence in cuisine. Many of the best known Galician gastronomical products are produced here. Bread, wine, meat and potatoes are just a few of the basic ingredients, abundant in variety and of exquisite quality, that form part of our dishes. It is not of little surprise that, although being an inland province, it has developed a deserved fame for seafood, as is represented above all by its octopus. The pantry of Ourense culminates in veritable icons in the area of desserts. Not to be forgotten is that Ourense is the cradle for “marrón glacé” which uses the chestnut as its basic ingredient. All are excellent choices, and can be accompanied with wines of world acclaim: Ribeiro, Ribeira Sacra, Monterrei and Valdeorras.

To go wine drinking – a social pastime: ‘Ir de viños’ or to go wine drinking, is one of the identity traits of Ourense, and a must for any visitor to the city. In a small enclave of streets and squares surrounding the cathedral, wines are to be enjoyed, where a ‘pincho’ or ‘tapa’, both of which are miniature jewels of culinary authenticity accompany that glass of wine that is sure to satisfy the most discerning of palates.